Handcrafted with love by Jason & Sofia McClain, McClain Popcorn Company is a manufacturer of small batch artisan popcorn. Each recipe is created from scratch and tested on all of their faithful friends. 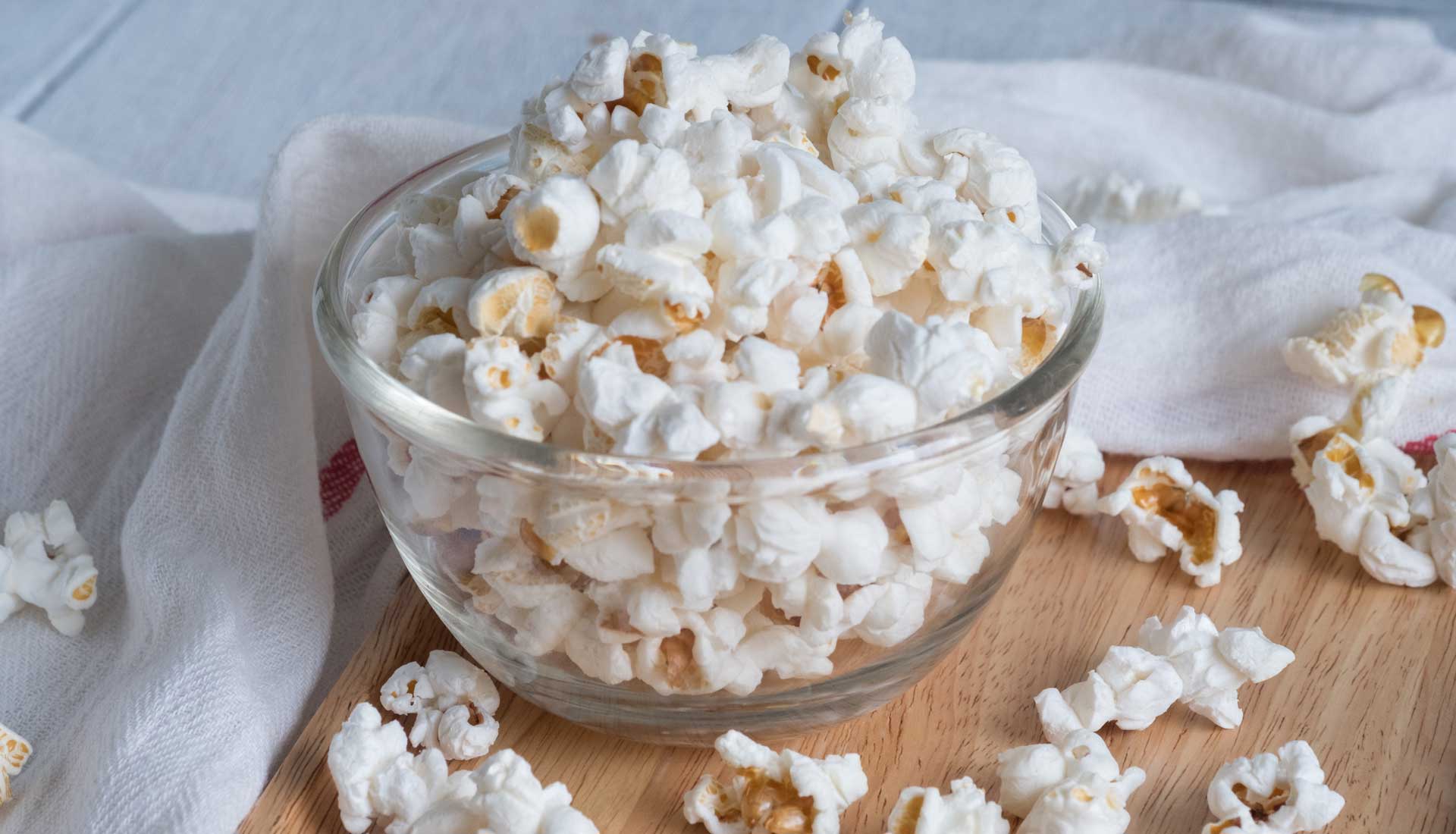 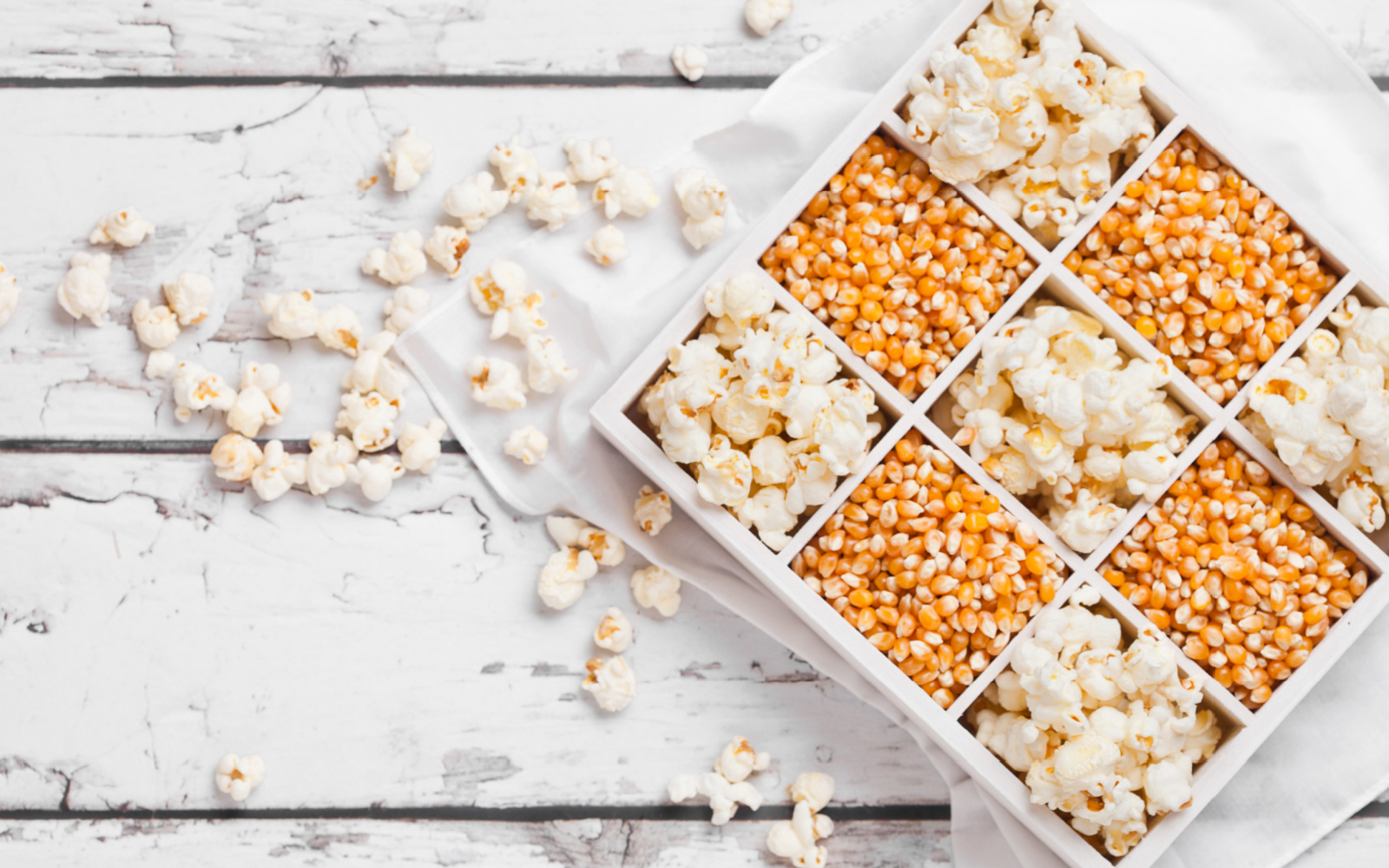 The Complete and Updated History of Popcorn

To understand the history of popcorn, we must first understand the development of maize as a food source. Corn, often known as maize, is the generic term used to describe it. Humans now cultivate it all over the world, but it all began in Mexico approximately 9,000 years ago. It was cultivated from a wild grass called teosinte. The corn was eventually taken and bred in South America by farmers. They experimented with different varieties, shapes, and colors.

Fast forward to the oldest popcorn ever found! It was discovered in Peru approximately 6700 years ago, according to a study back in 2012. The study found ancient corncobs, husks, tassels, and stalks. They were located at the Paredones and Huaca Prieta archaeological sites on Peru’s northern coast. Radiocarbon dating technology and archeological evidence were used to learn most of their information. Researchers say the popcorn wasn’t eaten in huge amounts. They note that it was likely a delicacy or supplemental food. Additionally, the coastal people would’ve cooked the corn in one of three ways: wrapping a cob and placing it on coals, roasting it directly over a flame, or cooking it in an earthen oven.

Before the most recent discovery, Herbert Dick and Earle Smith discovered fossilized popped corn kernels at an archeological site in New Mexico in 1948. The kernels were found in a dry cave, referred to as “the bat cave.” They were then carbon-dated and shown to be more than 5000 years old! This isn’t surprising, given that ancient peoples in the Americas cultivated the maize plant 10,000 years ago. Ancient methods presumably involved boiling the popped kernels with water into a starchy yet nutrient-rich paste; this would have required toasting corn kernels over an open fire until they popped. Additionally, Aztecs used popcorn for several purposes including clothing embellishment, ceremonial decor, and of course, eating.

It’s no secret that the traditional way to make popcorn is in a pot over an open flame. But with the turn of the 19th century, however, there was a flurry of new popcorn inventions. Adding a stay-cool handle to a corn-popping mechanism was a Kentucky resident’s invention in 1875. However, the actual boom in popcorn sales wouldn’t happen until street vendors can readily transport popping devices.

Charles Cretors created a portable electric popcorn popper in 1885. His invention allowed street vendors in Chicago to roam with the crowds in quest of larger profits. Eventually, Cretors added a buttering and salting mechanism to the popcorn popper eight years later. In the 1880s, the Albert Dickinson Co. in Iowa launched the first commercial brands of popcorn. They sold popcorn kernels under the brand names Big Buster and Little Buster.

Many don’t recall, but popcorn also went through a breakfast phase. Long before the cornflake, popcorn was a really popular breakfast food! Around the late nineteenth and early twentieth centuries, popcorn was eaten in the same way cereal is today. It likely paved the way for many kinds of cereal we all enjoy including Kellogg brand cereals. Ella and John Harvey Kellogg recognized that popcorn was easily digestible, wholesome, and healthy in comparison to other breakfast options.

The rise in popularity of popcorn

So, if Thanksgiving wasn’t the first time Americans ate popcorn when was it originally introduced? According to the accounts of French explorers, Iroquois used clay jars filled with heated sand to pop difficult corn kernels. The Iroquois people lived all across the Great Lakes region. Therefore, it’s possible that the first European-American popcorn manufacturers came from upstate New York, Vermont, or Quebec.

As early as the mid-1800s, families used popcorn as a late-night treat in front of the fire, or for picnics and get-togethers. Even yet, the food didn’t become widely popular until after Charles Cretors’ invention.

Moreover, there was the first wave of 20,000 cinema theaters opening in the United States between 1920 and 1930. A record-breaking weekly audience of 25 million moviegoers were served back in1925. Snack vendors who generally set up shop at sporting events or festivals began setting up popcorn stands outside of movie theaters after taking note of the trend. These movie theaters helped make popcorn popular in the United States and well, the rest in history!

A century ago, popcorn balls were immensely popular, but their popularity has dwindled since then. Some establishments sell popcorn balls as a classic Halloween treat as recently as the 1990s.

Popcorn cooked in a copper kettle with white sugar and salt is known as kettle corn. In earlier years, kettle corn was only available at fairs and specialty stores but it has recently regained popularity. This is most notably in the microwave popcorn industry which the vast majority of Americans now obtain their popcorn. General Mills received the first microwave popcorn bag patent in 1981. Since then, the amount of popcorn consumed at home has risen by tens of thousands of pounds. About a million pounds of popcorn are consumed by Americans each year! Furthermore, it continues to be used for various purposes from decorating Christmas trees, office snacks, gift-giving, and more!

Today, popularity is growing for the popcorn maker as a new home appliance. This innovative machine allows users to customize tastes and choose healthy-eating popcorn options. If you prefer to purchase ready-made popcorn, gourmet and artisan popcorns are the new crazes. McClain Popcorn, for example, specializes in small-batch artisan popcorn for adults. We offer unique flavors that are best enjoyed with friends and a good bottle of wine.

Looking at the history of popcorn, one thing is clear. Popcorn has stood the test of time and continues to be an international and ever-evolving snack.

An early Spanish account of a ceremony honoring the Aztec gods who watched over fishermen noted, “They scattered before him parched corn, called momochitl, a kind of corn which bursts when parched and discloses its contents and makes itself look like a very white flower; they said these were hailstones given to the god of water.”

“And also a number of young women danced, having so vowed, a popcorn dance. As thick as tassels of maize were their popcorn garlands. And these they placed upon (the girls’) heads.” —Bernardino de Sahagun

“They toast a certain kind of corn until it bursts. They call it pisancalla, and they use it as a confection.” —Spaniard Cobo writing of Peruvian Indians in 1650 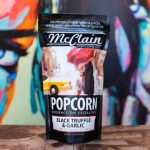 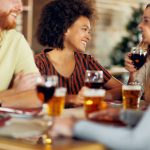 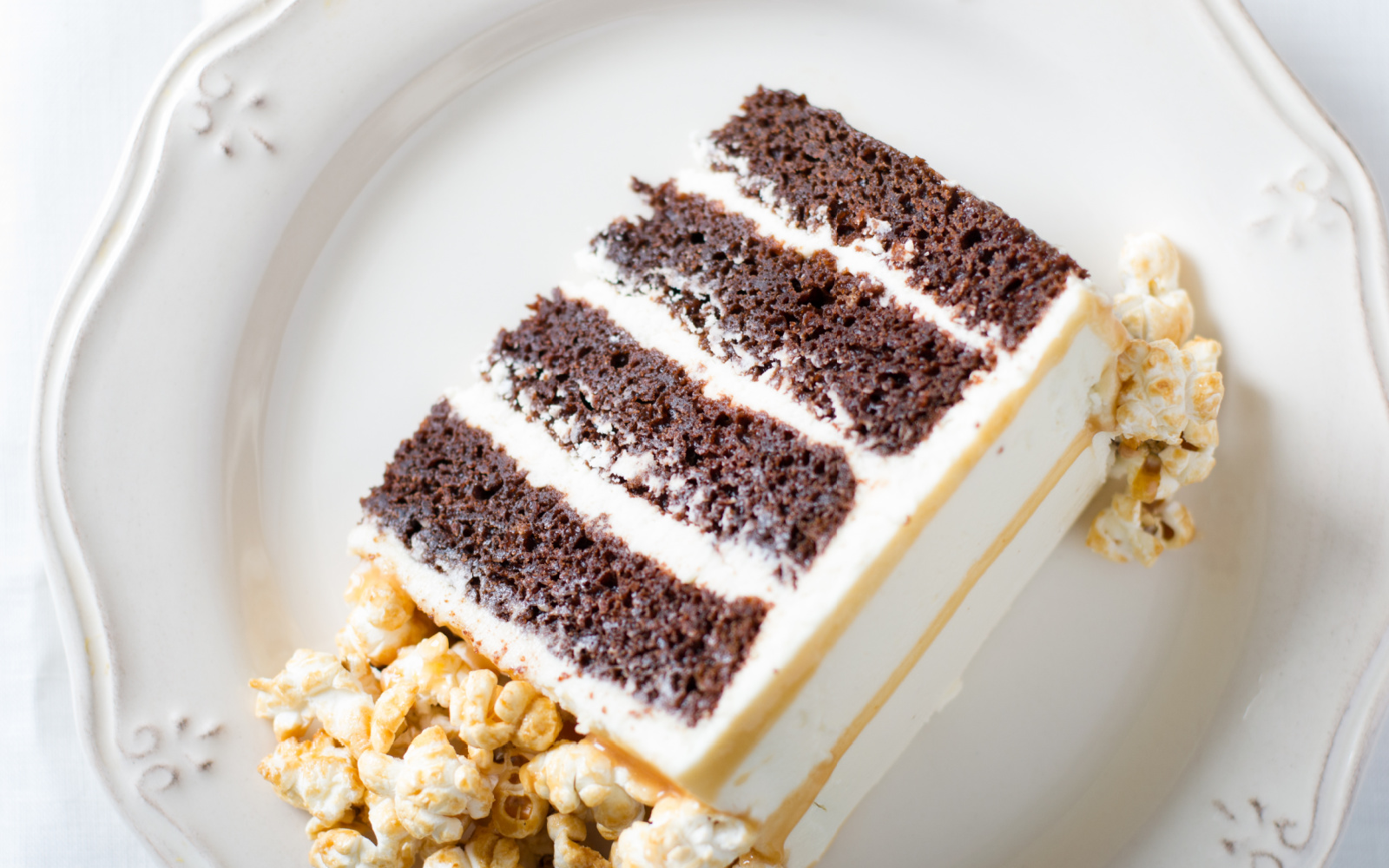 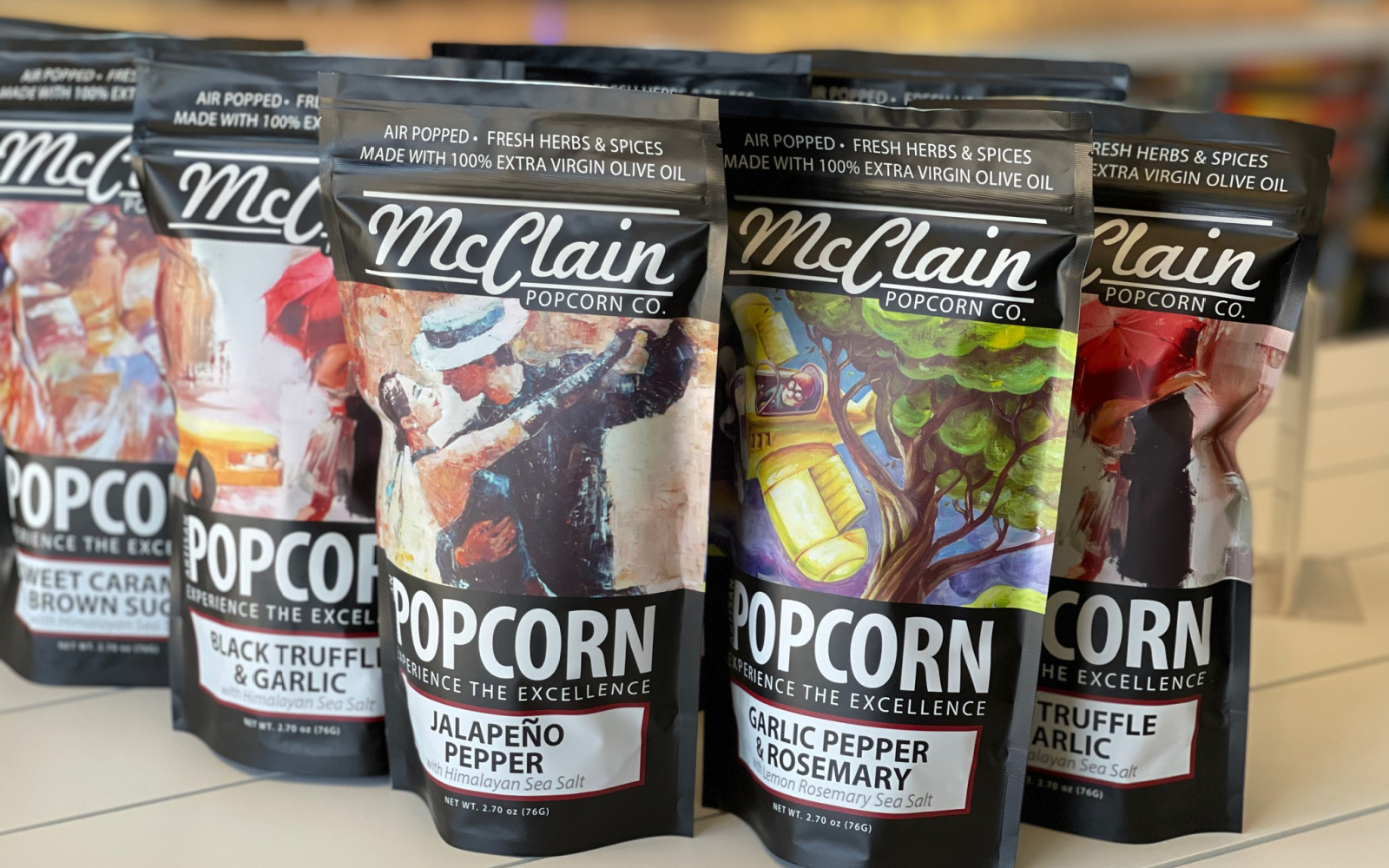 Take Your Business to the Next Level with Luxury Snack Options 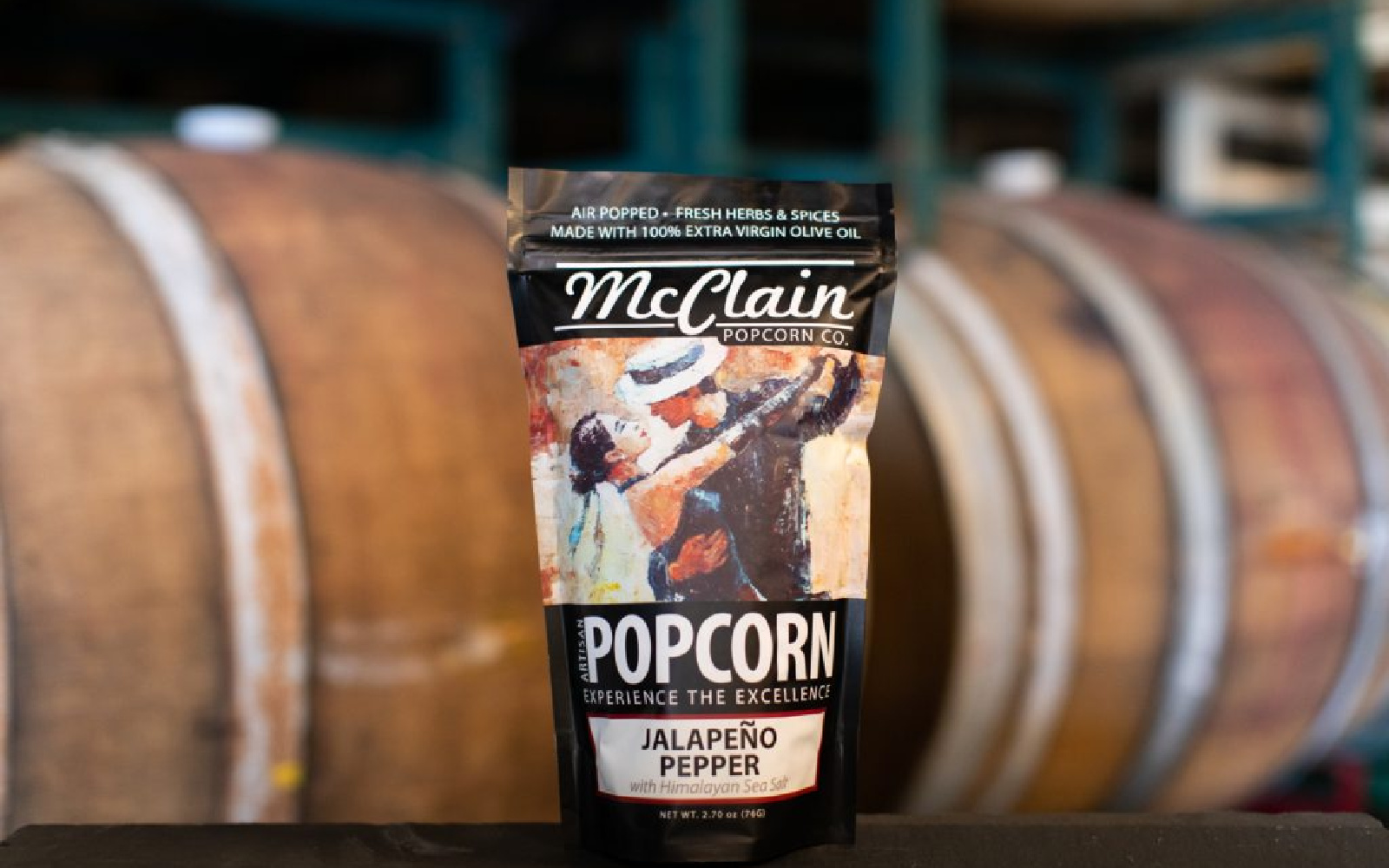 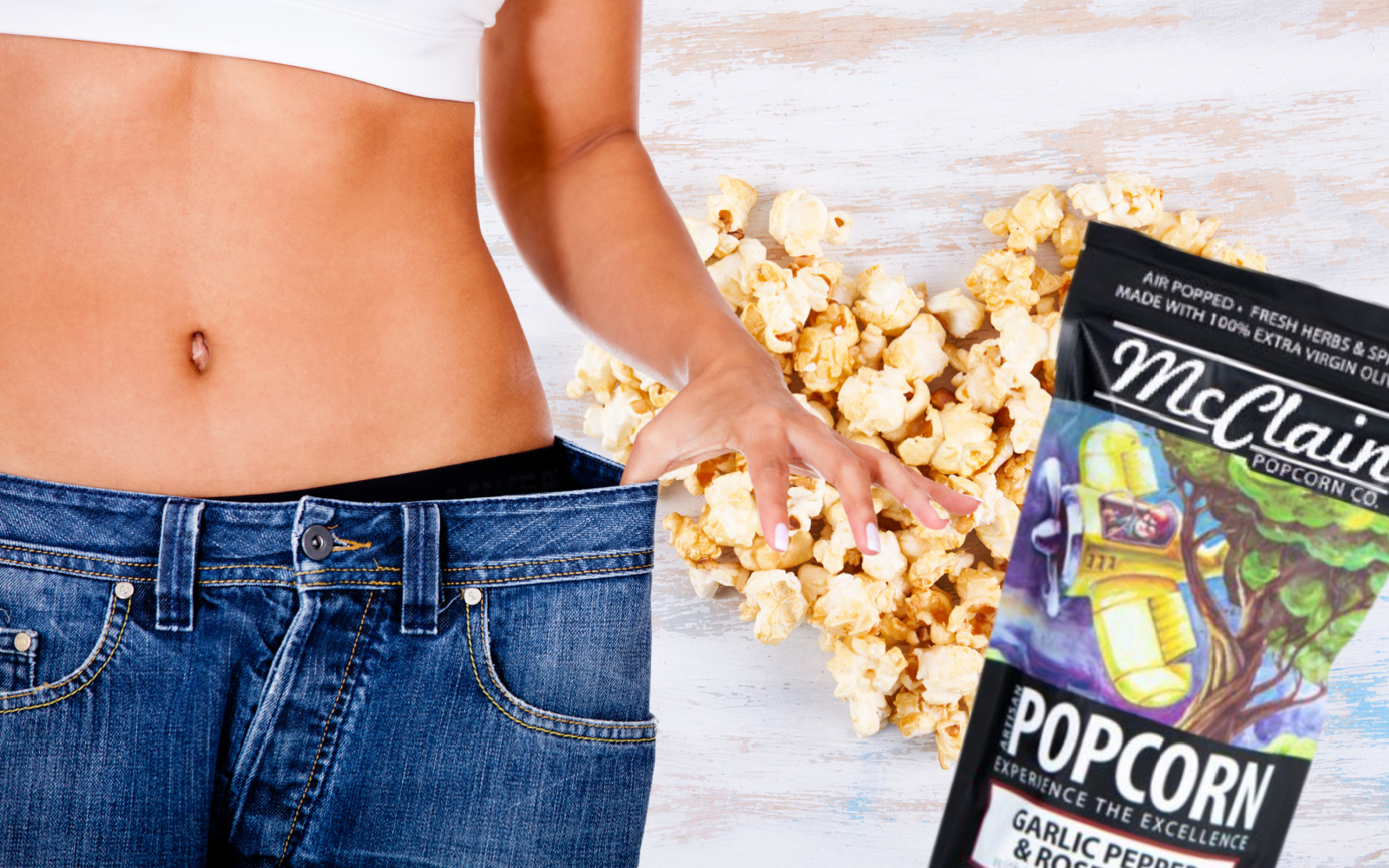 Why Popcorn is a Great Snack Option for Weight-Loss